THe BENEFITS GIVEN UNTO US

THe BENEFITS GIVEN UNTO US

The BENEFITS GIVEN UNTO US.

When we sign a contract we look att he benefits before we sign. And we as Christians and joint heirs with our Lord we have many benefits, many blessings given us.
Even whern we sin and mess up we still get benefits. Look at Abraham, twice he blew it by introducing Sarah as his sister [which she was as a half-sister,] Even in the midst of Abrahams’ offense He was blessed.

Also see Genesis 12: 10-20
10 Now there was a famine in the land, and Abram went down to Egypt to live there for a while because the famine was severe. 11 As he was about to enter Egypt, he said to his wife Sarai, "I know what a beautiful woman you are. 12 When the Egyptians see you, they will say, 'This is his wife.' Then they will kill me but will let you live. 13 Say you are my sister, so that I will be treated well for your sake and my life will be spared because of you."
14 When Abram came to Egypt, the Egyptians saw that she was a very beautiful woman. 15 And when Pharaoh's officials saw her, they praised her to Pharaoh, and she was taken into his palace. 16 He treated Abram well for her sake, and Abram acquired sheep and cattle, male and female donkeys, menservants and maidservants, and camels.
17 But the LORD inflicted serious diseases on Pharaoh and his household because of Abram's wife Sarai. 18 So Pharaoh summoned Abram. "What have you done to me?" he said. "Why didn't you tell me she was your wife? 19 Why did you say, 'She is my sister,' so that I took her to be my wife? Now then, here is your wife. Take her and go!" 20 Then Pharaoh gave orders about Abram to his men, and they sent him on his way, with his wife and everything he had.”
There is no mention that the Pharaoh asked for return of the things he gave Abraham because of Sarah

Genesis 20:2-18 “1 Now Abraham moved on from there into the region of the Negev and lived between Kadesh and Shur. For a while he stayed in Gerar, 2 and there Abraham said of his wife Sarah, "She is my sister." Then Abimelech king of Gerar sent for Sarah and took her.
3 But God came to Abimelech in a dream one night and said to him, "You are as good as dead because of the woman you have taken; she is a married woman."
4 Now Abimelech had not gone near her, so he said, "Lord, will you destroy an innocent nation? 5 Did he not say to me, 'She is my sister,' and didn't she also say, 'He is my brother'? I have done this with a clear conscience and clean hands."
6 Then God said to him in the dream, "Yes, I know you did this with a clear conscience, and so I have kept you from sinning against me. That is why I did not let you touch her. 7 Now return the man's wife, for he is a prophet, and he will pray for you and you will live. But if you do not return her, you may be sure that you and all yours will die."
8 Early the next morning Abimelech summoned all his officials, and when he told them all that had happened, they were very much afraid. 9 Then Abimelech called Abraham in and said, "What have you done to us? How have I wronged you that you have brought such great guilt upon me and my kingdom? You have done things to me that should not be done." 10 And Abimelech asked Abraham, "What was your reason for doing this?"
11 Abraham replied, "I said to myself, 'There is surely no fear of God in this place, and they will kill me because of my wife.' 12 Besides, she really is my sister, the daughter of my father though not of my mother; and she became my wife. 13 And when God had me wander from my father's household, I said to her, 'This is how you can show your love to me: Everywhere we go, say of me, "He is my brother." ' "
14 Then Abimelech brought sheep and cattle and male and female slaves and gave them to Abraham, and he returned Sarah his wife to him. 15 And Abimelech said, "My land is before you; live wherever you like."
16 To Sarah he said, "I am giving your brother a thousand shekels [a] of silver. This is to cover the offense against you before all who are with you; you are completely vindicated."
17 Then Abraham prayed to God, and God healed Abimelech, his wife and his slave girls so they could have children again, 18 for the LORD had closed up every womb in Abimelech's household because of Abraham's wife Sarah.
Again Abraham was blessed in spite of his offense.
And we innherited the Blessings of Abraham and even when we make mistakes God will bless us. A friend had just bought a new top-of-the-line Mac. He accidentily spilled coffee on it and it died.

I prayed asking God to heal his computer and for God to pick upthe tab and pay the bill. I asked him last night at prayer about his computer. He hadgone down to the New Mexico visiting his daugher in Bible College and he took his mac to be repaired. The first estimate and over $1,000.00 to fix it. But the epresenative said let me check it out. And he DID AND GAVE HIM A NEW PART FOR THE COMPUTER. THAT’S RIGHT, GOD PAID THE BILL AND THE COMPUTER IS PERFECTLY RESTORED.

Psalm 103:1-22
1 Praise the LORD, O my soul; all my inmost being, praise his holy name.
2 Praise the LORD, O my soul, and forget not all his benefits-
3 who forgives all your sins and heals all your diseases,
4 who redeems your life from the pit and crowns you with love and compassion,
5 who satisfies your desires with good things so that your youth is renewed like the eagle's.
6 The LORD works righteousness and justice for all the oppressed.
7 He made known his ways to Moses, his deeds to the people of Israel:
8 The LORD is compassionate and gracious, slow to anger, abounding in love.
9 He will not always accuse, nor will he harbor his anger forever;
10 he does not treat us as our sins deserve or repay us according to our iniquities.
11 For as high as the heavens are above the earth, so great is his love for those who fear him;
12 as far as the east is from the west, so far has he removed our transgressions from us.
13 As a father has compassion on his children, so the LORD has compassion on those who fear him;
14 for he knows how we are formed, he remembers that we are dust.
15 As for man, his days are like grass, he flourishes like a flower of the field;
16 the wind blows over it and it is gone, and its place remembers it no more.
17 But from everlasting to everlasting the LORD's love is with those who fear him,
and his righteousness with their children's children-
18 with those who keep his covenant and remember to obey his precepts.
19 The LORD has established his throne in heaven, and his kingdom rules over all.
20 Praise the LORD, you his angels, you mighty ones who do his bidding,
who obey his word.
21 Praise the LORD, all his heavenly hosts, you his servants who do his will.
22 Praise the LORD, all his works everywhere in his dominion. Praise the LORD, O my soul.
Armed and Dangerous, a warrior of The Most High 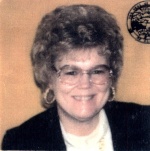 I remember when I was a child, there were 5 kids in my family. We were at the lower end of middle class, so there wasn't much money for things that quit working. We had an old refridgerator that just stopped one day. Mom knew they couldn't afford another one, and we couldn't afford to be without it, so she prayed for it. It started working again, and continued to work until they could scrape together enough money to get another one.