food that is poisonus for goats

food that is poisonus for goats

Found this very intresting. I thought a goat could eat about anything.

Factors contributing to plant poisoning are starvation, accidental
eating and browsing habits of animals. Starvation is the most common
reason. Most woodland or swampy-ground pastures contain many species of
poisonous plants. These are usually eaten only when animals have nothing
else to eat.

2 Certain plants are accidentally eaten by animals as they graze. A
notable example of this is water hemlock. This plant emerges in wet
areas which are the first to become green in early spring. Animals
eager to eat the fresh young grass may accidentally bite off the crown
of this plant with fatal results. Another type of accidental poisoning
occurs when large amounts of cockle are present in wheat which is fed
as grain.

3 Some animals on good feed in a dry lot or excellent pasture become
bored with the same regular diet. They may eat unpalatable weeds or
ornamental plants growing along fences. Goats and cattle like to vary
the best kind of diet with a little ''browse''. Many ornamental or wild
shrubs may be consumed, not because they are palatable but because the
animal craves variation in its diet.

4 The severity of poisoning is related to the quantity of material
eaten, the specie of animal eating the plant, portion of the plant and
condition of the plant eaten, level of ground moisture, general health
of the animal prior to ingesting the substance and the age and size of
the animal. Therefore some livestock can eat some of the bad plants
and under several of the mentioned conditions, fail to show symptoms of
injury or poisoning. At other times death may occur.

5 Scores of plants contain material toxic to animals if eaten in
sufficient quantity. Some of the plants are well known, some quite
rare, some are useful, others are valued ornamentals. They may be
grouped by the type of poison contained, the effect of their toxins or
the part of the plant containing the poison. Some plants may contain
several poisonous principals.

6 Cyanogenetic Plants
These contain under certain conditions, prussic acid (hydrocyanic
acid), a deadly poison which interfers with the oxygen-carrying ability
of the blood. Death in these cases is usually rapid and with little
outward symptoms. Members of the prunus family of plants, especially
wild cherries, are dangerous. Peaches, plums and other stone fruits
belong to this group of plants. Wilting of the green leaves caused by
frost, storm damage, or by cutting, changes a glucoside found in the
leaves to hydrocyanic acid (HCN) and sugar. The sweet, wilted leaves
are thus more attractive to animals than normal foliage. HCN content
varies widely; but under some conditions a few handfuls of leaves may
be enough to kill a horse or cow. This type of poisoning should be
suspected when sudden death of animals follows windstorms or early
sharp frosts. These leaves apparently lose their poison after they
have become dry; the limp, green or partially yellowed leaves are the
most dangerous. Sudan grass and sorghums are also cyanogenetic plants.
These plants are usually deadly when damaged or frozen. Aftermath
sprouts following an early frost are particularly dangerous. Very
little sudan grass poisoning occurs from animals trampling down plants
and later eating them although this is often listed as dangerous. In
dry weather, sudan grass is often pastured to the ground without ill
effects. After sudan grass has been repeatedly frozen and the plants
are completely dead, it is safe but not very valuable for pasture.

7 Once frozen, sorghum, sorghum sudan hybrids, or their aftermath
should never be pastured. As long as the plants show any green color
they may be very poisonous. Both frosted sorghum and sudan grass can
be best and most safely utilized by ensiling them for at least two
weeks before feeding. Normal ensilage fermentation safely eliminates
the poisonous principle.

8 Common milkweed, a perennial that grows three or four feet high,
has a heavy stem and leaves and is frequently found in pastures. The
milky white sap is sticky and has a bitter taste but livestock eat the
topmost, tender leaves if good forage isn't abundant. Remove plants by
spading, pulling, cutting or plowing extensive areas and planting to
cultivated crops for a year or two.

9 Horse nettle is a perennial plant, two-feet-high, with spiny stems
and leaves, and smooth, orange-yellow berries. Fruits are more toxic
than the foliage. It's a common plant in grasslands and fields and is
a member of the nightshade family.

10 Black nightshade is an annual plant, two-feet high, with many
branches. Leaves are variably smooth or hairy. The stems angled in
cross-section and sometimes spiny. Clusters of white flowers,
one-fourth inch across, bloom in midsummer and are followed by small,
black fruits. Both the foliage and green berries are toxic. The ripe
berries are not poisonous. Black nightshade is widely distributed.

11 Mountain laurel is an evergreen shrub of the Appalachian Mountain
region. Plants grow five-feet tall and have glossy green leaves.
Flowers appear in clusters at the ends of branches. Livestock eat the
leaves in early spring when little other foliage is available.
Weakness, nausea, salivation and vomitting are symptoms of poisoning.
The preventative is to keep livestock out of areas where mountain laurel
is abundant.

12 Plants Containing Deadly Alkaloids
Fortunately these plants are unpalatable for most wild and domestic
animals. Water hemlock and poison hemlock are deadly. Poisoning rarely
occurs except in early spring when young plants are accidentally eaten,
but the roots, stems, leaves and flowers are always poisonous. Look for
and learn to identify these plants in the summer when they are large
and showy. The hemlocks are members of the carrot family and have
showy, white, umbrella-like flower heads. Poison hemlock needs dry
land to grow and is often found in gardens as an ornamental plant.
Flowers are often incorporated into large mixed flower sprays in rural
churches and at social events.

14 The roots are the most poisonous parts of the plants. Cut the thick
rootstocks lengthwise and you'll find air cavities separated by
plate-like partitions of solid tissue. Drops of yellowish, aromatic,
resin-like exudate containing the poisonous alkaloid appear at the
cuts. Leaves and seeds contain little of the toxic substance and eaten
in small quantities, either green or in hay, do little harm.

15 Water hemlock starts growth in early spring. Its green foliage may
show up before most other plants leaf out. Livestock tug at the tender
leaves and pull roots from the soil which are still soft from late
winter rains. The combinations of foliage and roots in considerable
quantity can be fatal.

16 As a preventative, pull water hemlock plants from the soil during
the summer when they can readily be found and destroy them. Plants
usually are not numerous in an area.

17 Poison hemlock is a hollow-stemmed biennial, four-feet high, with
double compound leaves resembling parsley and a large, white taproot
like parsnip. Flowers are showy, umbrella-like clusters and appear in
late summer. The poison is a volatile alkaloid, coniine, found in the
foliage all season and in the seeds in late summer. Most livestock
poisoning comes in the spring from eating fresh foliage.

18 Mayapple, bloodroot, pokeweed, nightshade and hellebore are other
alkaloidal plants. They are rarely eaten except when animals are
starving for better feed. Deaths from alkaloidal plants usually result
from severe digestive disturbances, pain and nervous symptoms. Animals
usually die in convulsions.

20 Some common plants which cause photosensitization are rape, alsike
clover, buckwheat, lantana, St. John's wort, and ornamental hypericums.
Both St. John's wort and ornamental hypericums have showy,
golden-yellow flowers. They are not readily eaten by animals. White
goats frequently become badly ''sunburned'' when they are on rape
pasture in bright, sunny weather with little or no shade. Alsike clover
or other legumes may produce these symptoms in dairy goats under the
above conditions.

21 Plants That Produce Mechanical Injury
A number of plants may have a spiny covering, long beards, fine
hairs and when eaten may cause mechanical injuries or form hair balls
in the stomach and intestines. Sand bur, downy brome grass,
squirrel-tail grass, poverty grass, mesquite, cocklebur and clover are
some of the offending plants.

23 Bracken fern is very common in wooded areas and unimproved
pastures. Most animals will not eat bracken fern if there is adequate
pasture or other feed. In ruminants, such as goats, bracken fern must
be consumed over a period of several weeks before toxicity signs
develop. Affected animals are listless, show weight loss and may
exhibit small hemorrhages on the mucous membranes. They may die from
internal hemorrhages.

24 Buttercups contain an acrid, volatile alkaloid-amenenol, strong
enough to blister the skin and cause inflammation of the intestinal
tract. Cattle and goats poisoned by buttercups produce bitter milk and
a reddish color. The toxic material volatilizes and is lost when
buttercups are dried as in hay.

25 A heavy growth of buttercup is an indication of low soil fertility.
Have the soil analyzed and apply ground lime and fertilizers as their
need is shown. The increased grass growth soon crowds out buttercups.

26 Poison ivy is widespread over most of the United States. It's a
shrub or vine with woody stems that climb by attaching aerial rootlets
to fences, walls, trees, etc. Leaves have three leaflets, glossy green
and smooth at the edges. Inflammation of the skin from contact with the
plants is an affliction of goat-keepers more frequently than of goats.
The infection can become serious and may need medical attention. Kill
poison ivy with a herbicide.

28 NOTE: USDA and the State Department of Agriculture in each state can
offer help in providing reference material on poisonous plants.

29 A Listing of Some Plants Known to Cause Problems When Eaten by
Livestock (Source: Stock Poisoning Plants of North Carolina, Bulletin
No. 144, by James Hardin; Plants Poisonous to Livestock in the Western
States, USDA Information Bulletin No. 415; Poisonous Plants of
Pennsylvania, Bulletin No. 531, PA Department of Agriculture) 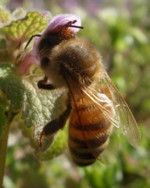 Re: food that is poisonus for goats

I know my mother in law almost lost her goat to Azaleas. It was a HORRIBLE recovery with the poor goat screaming for about 3 days straight, but she beat it somehow.

Thank you for a very interesting article!

Similar topics
» boer goats
» Getting goats again
» just Kidding around
» looking to get goats have some ?????
» Lost one of our goats