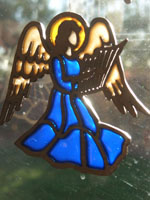 would you like to see more of my horses?. I have lots of great pictures. wild mustangs, angry then calmed. I have been blessed. I don't train them, they train me.

Evie1 wrote:would you like to see more of my horses?. I have lots of great pictures. wild mustangs, angry then calmed. I have been blessed. I don't train them, they train me.

I'd love to see more of your horses. Used to ride when I was a kid but never had a horse of my own.

thanks Rohn. I will get some re sized, and on picture trail . I know you seen these pictures before, just wonted to show the folks hear. I don't get to ride much anymore, because of all the growth around hear. but I don't think I would be very happy with out a horse. my horses are not board . we still do lots of things together. they don't have to be ridden every day to be happy. they just wont to be a part of the heard. and play. eat, etc. I hope to go camping again real soon. that will be so great. for now we learn tricks, and practice lots of trust things. tarps, bridges, smells, noises, moving things. we are always working on are trust issues. I will get more pictures on. just trying to figure out how with out the link thing, but a real picture. thanks for all your help.
thanks for looking.

Evie,
If you re-size you pictures before putting them on Picture Trail to no bigger than 640 x 680 pixels, you can use the link on this site with no problem.
Just right click on your picture in Picture Trail and the click on "copy image", then go to the icon here that looks like a picture. Hold your cursor over it and it will say "image" click on it and a box will come up click in the box and press control and V at the same time to paste you picture in your message. It is easy once you catch on to it.
It will actually show the link rather than the picture, but when you click "Preview" or "Send" the picture will show up.

thanks Rohn. I will try that. I will go put pictures on. 680 max right.

I would love that , Sonshine. horses can teach so much. they never lie, and show some of the best love ever, you can't con a horse, they can see to your soul right from the beginning. I lived alone for many years, and had horses, my neighbors, worked a lot, and when home there were no kids around, so they let their little daughters come over every night. they would come to play with my poney. he was a mean little bugger. but would necker for them to come see him. one girl could just do anything with him. and the other , well he would bite kick, etc. he seamed to know that the one was there to love and play with him. the other, well she was there to be the important one. bossy , loud, and demanding. she couldn't even lead him. the other would mother her little sister, and lead her all around. the pony would do anything the first one wanted. she would braid his main and tail, give him grass and pet him all over. the differences was the first one gave lots of time and love, understanding, was willing to learn . the second one only wonted to shout out demands, and hit and get all crazy. the horse new. one was part of his heard, the other was a predator. the 2nd one never got his trust, because she only wanted to take and never give. and she was never willing to learn, and her folks never helped her learn. just babied her, and that was her reward, for being young and , she never out grew that. she never wonted to give only be babied. also, the older one got punished when she didn't fondle the 2nd one. telling her she was selfish. sooooo the first one learned how to marter herself, no matter her needs, that others needs was more important then hers, (unworthy, no matter what she did.)and, the second one learned how to manipulate to get her needs met. and that no one was more important then her. sad i think. the first one still comes to play with my horses, and brings her 2 little kids. they are so loving, with tons of manners. but not shy. hehe. and the 2nd one, has no kids. only a husband that takes care of her every need. she makes lots of money. and life is still about her.